The 90s: Drive Me Crazy and Drop Dead Gorgeous

With that in mind, I thought I'd turn my focus on the teen movies of the decade I was a teenager myself, both so I can revise for the quiz, and so I can try to look at them from a fresh angle with at least two decades' distance. 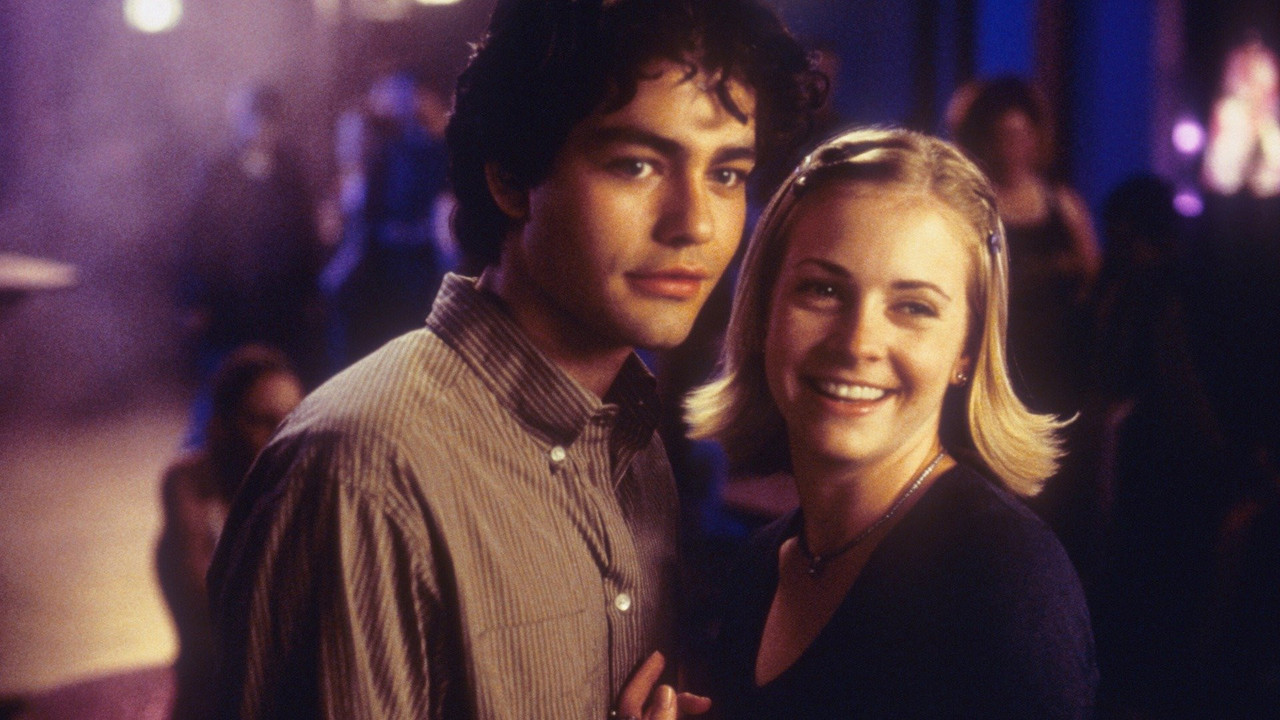 There are worse films than Drive Me Crazy in the 90s cycle of US teen movies, but perhaps none more basic, less inspired, blander or less interesting.

Nicole (Melissa Joan Hart) and Chase (Adrian Grenier) have lived next door to each other for years, they used to be friends but now they run in different circles. Chase is a rebel, pulling pranks with anti-social friends, while Nicole is one of the more popular girls in school, head of the committee putting together the students' celebrations for the centenary of their school. However, when Chase is dumped by his socially conscious girlfriend (Ali Larter) and Nicole doesn't get the invite to the prom she expects from her crush Brad (Gabriel Carpenter), they decide to feign a relationship to make the respective objects of their affection jealous.

You may never have watched Drive Me Crazy (I wouldn't blame you), but you have seen this film before. As the summary above suggests, this is the most generic of teen rom coms. We know from the very first moment exactly how Nicole and Chase will end up, along with most of the beats that will get them there. Sadly, the experience of watching this all unfold is a dreary one. A film can get by being super generic if it's executed notably well (The DUFF is a good recent example), unfortunately, this one isn't. There's never any great clarity in the writing, Nicole is clearly supposed to be the nerdy type, super into school spirit and hyper organised, but that only ever comes across in the scenes where things like her having budget figures to hand or making over Chase by giving his hair a light trim are plot points, neither the script nor Melissa Joan Hart embed this in her character. The same is true for Grenier. In a better film, we might see the contrast between his own view of himself as a rebel and the fact he's actually something of an outcast, content to sit largely outside the high school experience with his friends (Kris Park and Mark Webber) who are much more outwardly geeky.

There are some bright spots in the film. While Grenier is a charisma vacuum, Melissa Joan Hart is well cast and brings the same lightness she did to Clarissa Explains It All (I was a bit too old for Sabrina). One interesting aspect of her casting is that the film, for all its other adherence to cliche, evades it by playing Nicole as neither the super hot queen bee of the school nor the dowdy bespectacled girl waiting for some guy to realise she's beautiful. It's unfortunate that, in falling between these stalls, the screenplay then forgets to give her a consistent personality. Some of the supporting cast and B stories work better than the very bland and entirely stakeless main narrative. Susan May Pratt has fun, essentially playing a bitchy variation on her best friend character from 10 Things I Hate About You, and the side story about Chase's friend Designated Dave (Webber), while a fairly obvious triumph of the nerd trope, works quite well. 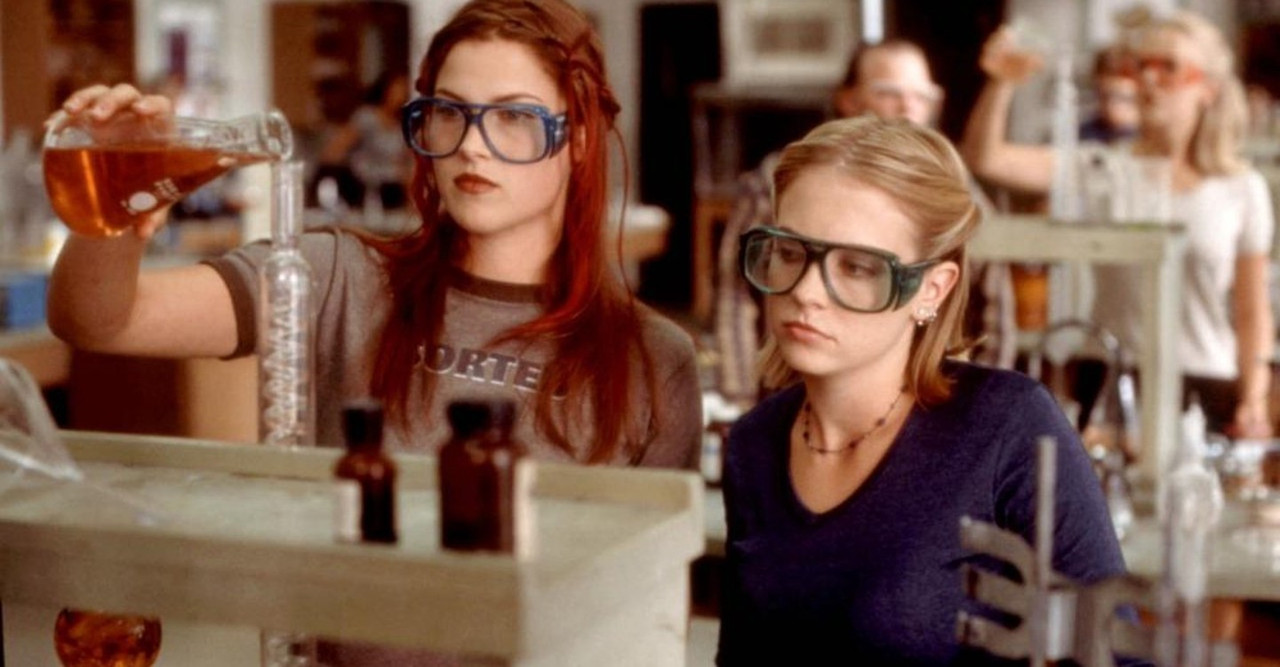 Music was always a key part of 90s teen movies, here, while the presence of The Donnas on the soundtrack and in the film is welcome, the rest of the soundtrack is full of landfill indie and pop. The only otherwise notable aspect of the soundtrack is that, though it's in the film for roughly three seconds, the title was changed from Next to You (which sounds so much like a Nicholas Sparks movie I had to google to check if it was one) to tie in with Britney Spears' Crazy.

Sadly it's the romance that is front and centre of the film that pulls it down. We've seen the conceit of two people pretending to be together and then 'unexpectedly' falling for each other many times, and whether it works all depends on the chemistry. I don't see it between Melissa Joan Hart and Adrian Grenier, their romance feels forced and yet that doesn't generate any tension in the story, even early on when the characters might be feeling conflicted about it. The background stories for each of them are standard issue and though we're told at one point that the death of his mother a few years before had a deep effect on Chase, this is another thing we don't feel from Grenier's performance.

The genre would hit several highs in 1999, but most of Drive Me Crazy feels like watching the post-Clueless teen movie cycle run out of inspiration in real time.
★★☆☆☆ 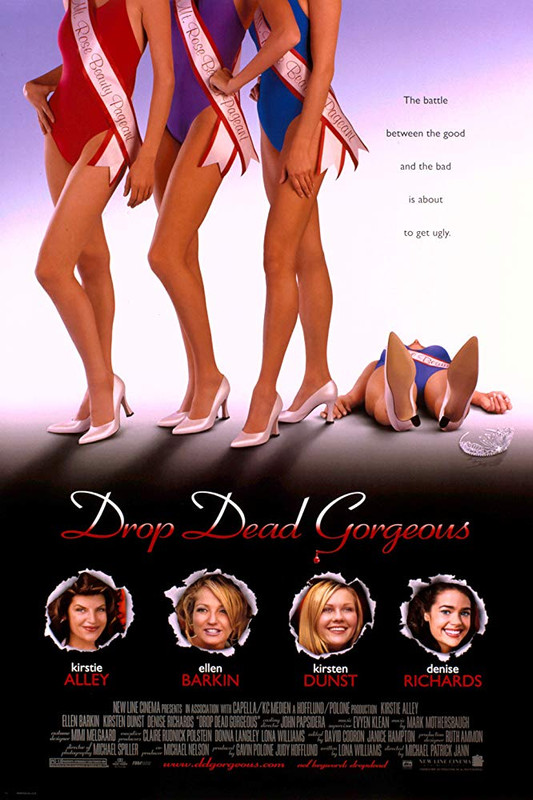 The mockumentary has been a staple comedy style in film and television for some time, but it's clear that all of them look, ultimately, to the same towering example: This is Spinal Tap. With Drop Dead Gorgeous, writer Lona Williams and director Michael Patrick Jann take the Tap style and turn the focus on a teen beauty pageant in Minnesota, where things turn deadly as rivalries develop between the girls and it becomes clear that someone will go as far as murder to make sure the 'right' person wins.

The main rivalry is between Kirsten Dunst as Amber, a sunny seventeen-year-old who idolises Diane Sawyer and lives in a trailer park with her mother (Ellen Barkin, who is hilarious) and Denise Richards as Becky, the daughter of Gladys (Kirstie Alley), who runs the pageant and won the year she was seventeen. Because of the style of the film, Lona Williams' screenplay largely gets away with being more a series of linked sketches than an overarching narrative, yes, there's the thread of several of the contestants being killed in 'accidents', but these are never dealt with as more than outrageous gags. Equally, while we know she wants to be like Diane Sawyer, there's not that much drive to Amber's newscasting ambitions, everything is ultimately fodder for gags. It works because the gags mostly stick.

Dunst's guileless performance underplays most of her jokes, which makes them funnier than they would be if Amber knew she was being amusing. Denise Richards' performance is almost the flipside of this; she's playing a girl whose mother has clearly trained her to sell herself at every opportunity, and she's always playing to the camera. Richards isn't the greatest actress in the world but despite being more than ten years older than Dunst she's well cast here; the fact she doesn't look seventeen works for how Becky wants to present herself. Beyond that, Richards commits, never more so than in the talent show aspect of the pageant, her act for which just has to be seen.

Several of the other girls in the pageant are worth noting. Looking back on her films from the late 90s and early 2000s, it's clear that we lost a terrific screen presence in Brittany Murphy, and she's good fun in a small part here. The same goes for Amy Adams, making her debut here in a role that might have seen her break out sooner, had the film been a hit. Not in the pageant, but stealing scenes as the anorexic girl who won last year, Alexandra Holden is very funny in what's clearly the film's most (perhaps only) pointed piece of satire. A couple of jokes revolving around the judging panel, one of whom is a bit TOO into the young girls and another who has to look after his brother with learning disabilities, haven't aged well, but most of the other gags still feel as fresh as they did 20 years ago.

The film builds quite quickly to the pageant itself, and this is where it goes off the rails a little. Once the big event the film has been building to is over, and the very funny aftermath of it seems to have wrapped up the various story strands, Williams and Jann flail a bit for the last fifteen or twenty minutes of the film. Most of the jokes still hit, but with all the characters we've been following except Amber and Alison Janney as her mother's neighbour from the trailer park now largely out of the film, it feels almost as if we're starting another abbreviated episode after a TV show's strong pilot.

Drop Dead Gorgeous isn't quite a lost classic, indeed it might be the weakest of Kirsten Dunst's three teen movies of 1999, but for the most part it is still fresh and funny and it's worth seeing for a cast who are not just having a ball here, but would largely go on to bigger and often better things.
★★★☆☆
Posted by Sam Inglis at 10:10