While most of my London Film Festival coverage will be at my other film blog 24FPS, I will be posting my reviews of the wide variety of teen and coming of age films playing at the festival here at Growing Pains. This film was viewed on LFF's digital press library. The festival runs from October 2nd - 13th. You'll find a ticket link for System Crasher at the end of this post. 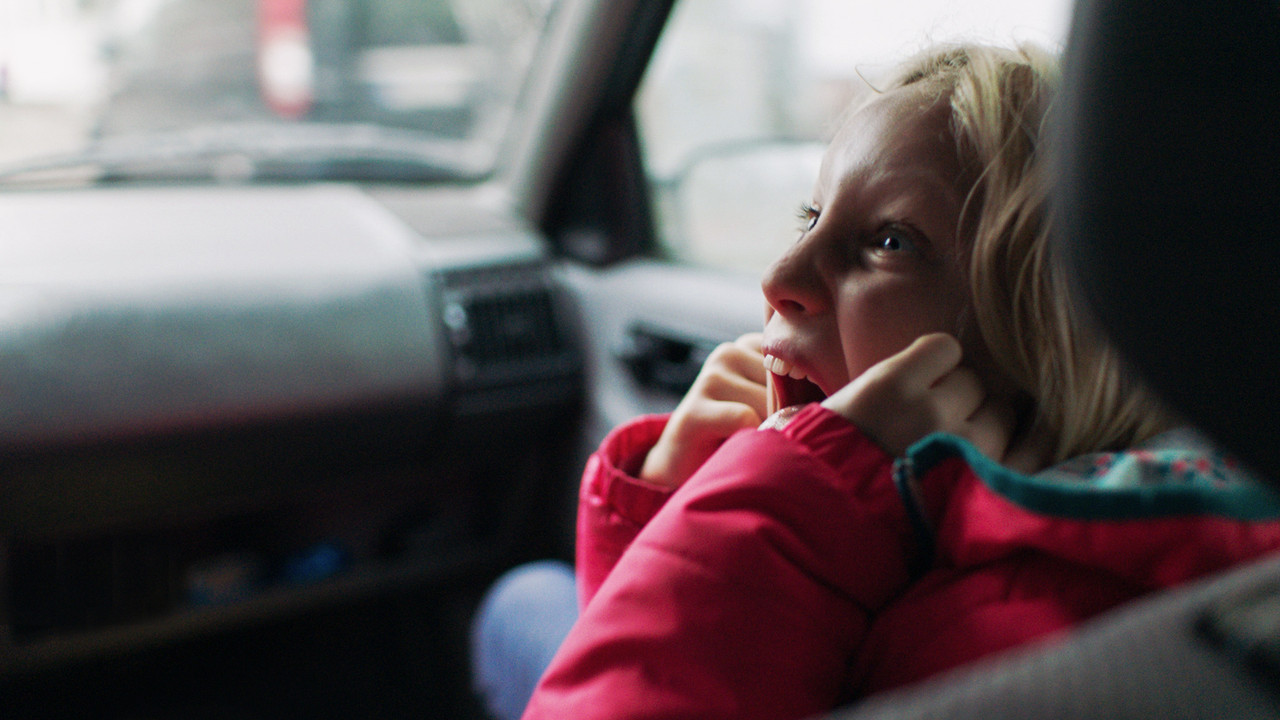 Nine-year-old Benni (Helena Zengel) is a troubled little girl. With a history of abuse, she’s been unmanageable since she was very young and has been through many group homes and foster families, leaving the system with little ability to cope with her abusive and often violent acting out.

I’ve often remarked on how European films tend to have a harder and more realistic edge than their Hollywood counterparts. I can see the mainstream American version of System Crasher now, it would almost certainly soften Benni’s hard edges and if not an entirely happy ending, then hand her one that at least felt certain. That’s not the route that Nora Fingscheidt takes here, she recognises that Benni is a complex young girl, that her problems aren’t going to be solved with a little bit of hugging and learning. System Crasher is bleak, intense and searingly emotional stuff.

The whole film rests on the shoulders of Helena Zengel as Benni, and her performance is a triumph. To call it subtle might be a stretch, but that’s down to a screenplay that has her almost constantly at boiling point, screaming in people’s faces or kicking out at whatever happens to be within reach at the time. Nothing in her performance feels forced, or even really acted. In her quieter moments, Zengel lets us glimpse Benni’s other sides and we can see that her violence and anger hide a girl crying out for a family, or to be loved by the one she has, but isn’t allowed to live with.

This comes home especially strongly in her interactions with Micah (Albrecht Schuch), her school escort who, when the other adults in her life have run out of ideas, takes Benni out into the woods for several weeks. The bond that grows there feels genuine and sweet, but the fragility of it, and of any possibility of Benni behaving responsibly, is always present and often strikes a note of tension in the film. Fingscheidt deploys this tension especially well in a late scene when Benni turns up at Micah’s house. In the morning we find her playing with his baby daughter, and here the film brought me to tears twice within a minute, first with its most tender moment and then by performing a 180-degree turn.

At first glance, it seem difficult to imagine empathising with Benni but we do, though Fingscheidt tests that empathy throughout. What she brings home, without making it feel like she’s pummelling you with emotional cues, is the way that Benni has been in some sense abandoned by every adult in her life, from the mother who keeps her other children to the many foster homes and parents that have given up on her (likely with good reason, but still) and expects it to happen over and over again. It’s a level of emotional complexity we don’t usually see in films like this; not crying out that Benni’s only problem is being misunderstood, but trying to understand her nevertheless.

While the film belongs to Helena Zengel, the adults around her also do beautifully nuanced work. Especially effective is the way we see Albrecht Schuch’s Micah wrestling with his own growing empathy for Benni, and how it is unprofessional, but probably at some level exactly what she needs. Of course, credit for the performances, Zengel’s in particular, should also go to Nora Fingscheidt, whose screenplay and direction provide the roadmap.

At two hours, System Crasher does feel long, and as it enters its third act there is a sense that it is casting around in search of an ending. This is the one thing Fingscheidt never really finds. The mirroring of the dynamic opening title card at the end is neat enough, but it’s less an end than a stop. Still, this is worth seeing purely for an astonishing central performance and it has many more rewards besides.
★★★★

System Crasher plays in the Dare strand on October 5th and 7th.
Posted by Sam Inglis at 17:31 No comments:

For the ninth year in a row, I will be attending the London Film Festival as press, while most of the coverage will be at my other film blog 24FPS, I will be posting my reviews of the wide variety of teen and coming of age films playing at the festival here at Growing Pains. These reviews are of LFF titles viewed on the digital press library. The festival runs from October 2nd - 13th. You'll find ticket links for each film at the end of this post. 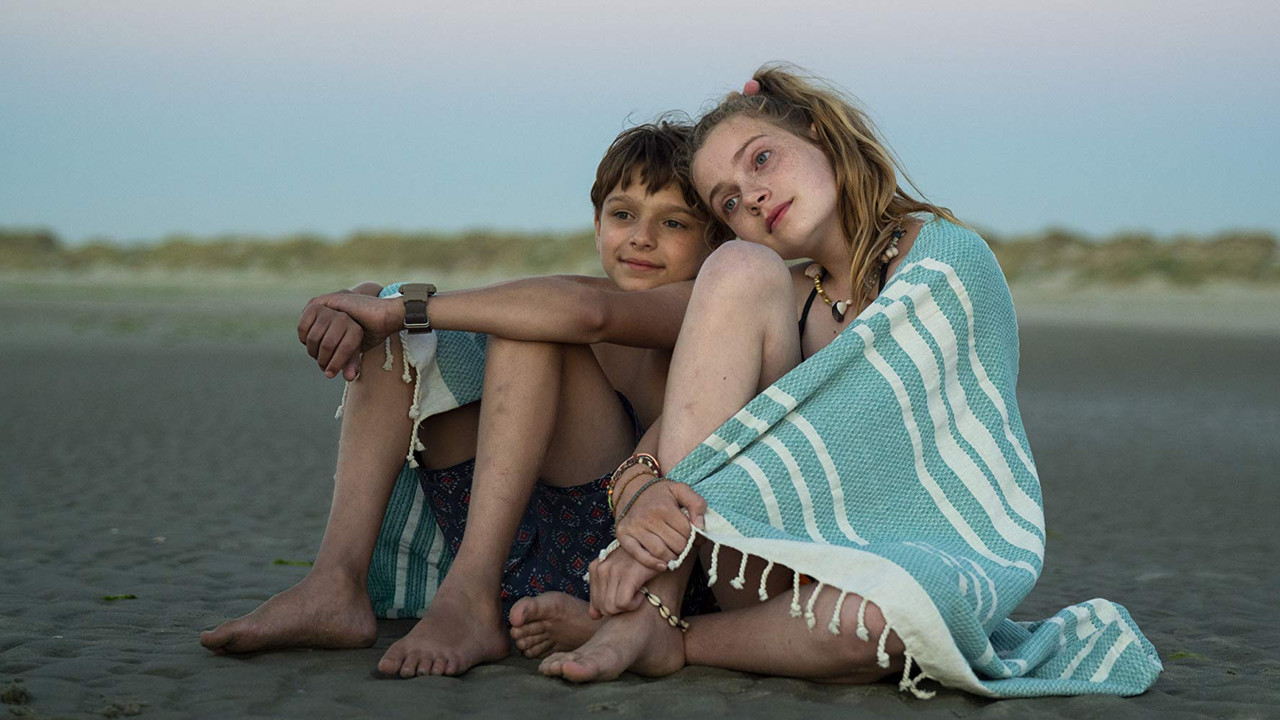 My Extraordinary Summer With Tess is about a big week in the life of ten-year-old Sam (Sonny Coops Van Utteren). On holiday with his family, he meets the eccentric Tess (Josephine Arendsen) and the two strike up a fast friendship, with Tess asking for Sam’s help when Hugo (Johannes Kienast) and Elise (Terence Schreurs) arrive to stay in the holiday cottage her mother owns. Initially, Sam thinks Tess has a crush on Hugo, but it turns out that she believes he’s the father she’s never met.

For an 81 minute film, My Extraordinary Summer With Tess is busy. As well as the main plot between Sam and Tess there is a focus on Sam’s fatalistic outlook on life - he’s trying to fit practice at being alone in every day, because as the youngest of his family he feels he needs to prepare for when his mother, father and brother are no longer around. This, along with the familial themes of the main story, sounds fairly heavy, but the film is determinedly pitched at an audience the same age as Sam and Tess. In that way, it captures rather well the particular stage many kids are at ten and eleven; grasping the basic concepts of issues like relationships between adults, the challenges of being a parent and the fact their family may not be around forever, but with only a limited understanding of what those things truly mean. This lack of nuance is felt in the characters, but crucially not in the film itself, and that rings true of who these kids are.

Sonny Coops Van Utteren and Josephine Arendsen are both excellent. He as the more serious and melancholy kid, she as a ball of sunshine that, as is often the case, is masking some of her own melancholy. They play off each other well, capturing the way that kids can have their petty disagreements but make up almost instantly (the way Tess plays off the idea of apologising for abandoning Sam on the first day they hung out is especially well written and played). The characterisations are fairly broad - which also extends to the adults - but for the audience this is aimed at, they will work. Kids will likely be charmed by Sam and Tess, but the deeper themes of family, friendship and how both are to some degree chosen and both are to be cherished will resonate, because they are pitched at the right level.

On the whole, the film is energetic, sweet and bright. What it does lack is context, we get little sense of who Sam and Tess are outside this very contained space of the week in which they are hanging out, and the film is a little simplistic when it comes to the complexity of the issues surrounding Hugo, which it could probably have unfolded in more detail while still being suitable for a young audience. Overall though, this is a charmer and another argument that LFF’s Family programme should get more coverage.
★★★½ 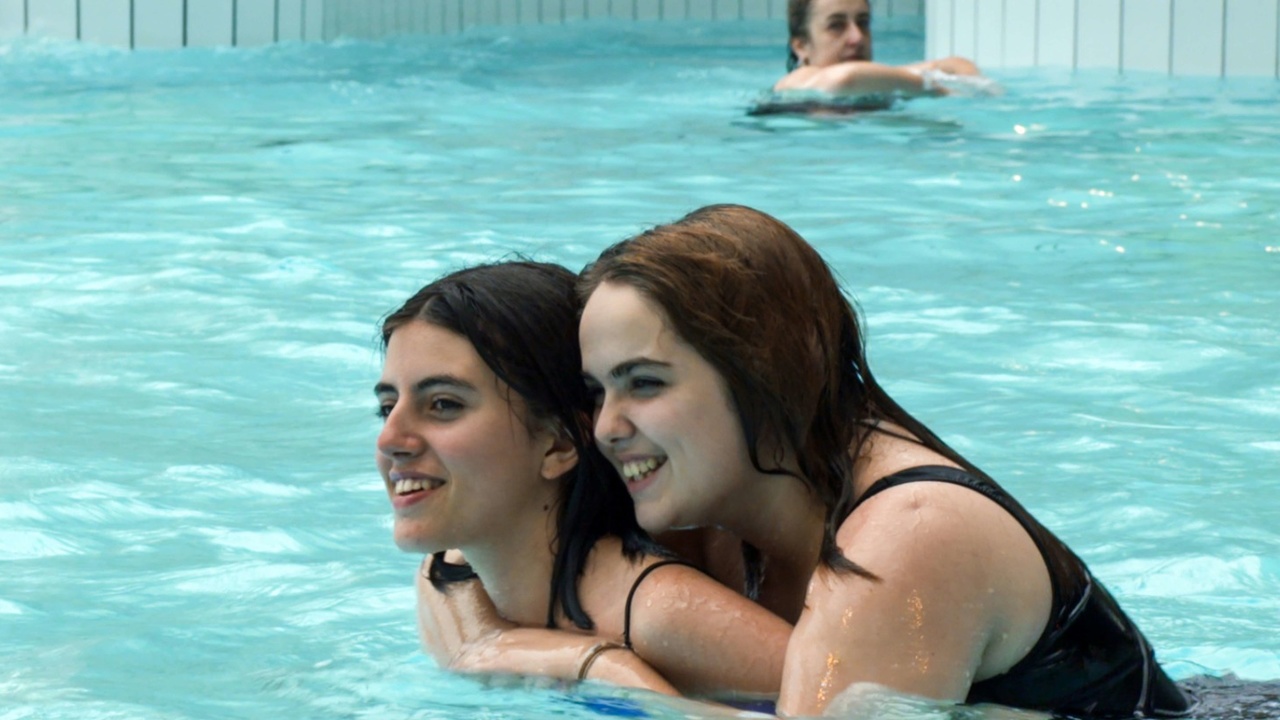 Being a teenager is an experience that is at once commonplace and singular. That seems to be what Sébastien Lifshitz is trying to explore with Adolescents, which follows Anaïs and Emma from the ages of 13 to 18. Though from different backgrounds Anaïs very working class and Emma clearly more upper middle class, the two are initially close friends. We follow them as they take different routes, Anaïs vocational high school and Emma a more academic track. Across 135 minutes, Lifshitz’ camera observes as they go through the regular trials and tribulations of their teen years, among them boys, exams and difficult relationships with family.

Initially, the film is very engaging. Lifshitz seems to take a Fred Wiseman type approach, documenting without (at least as far as we hear) asking questions or providing contextualising narration or captions. The things we see are very normal but extremely vivid; the girls chatting about which boys they like, sulky teen girls arguing with their parents, kids horsing around in class. It’s all very familiar. If you can cast your mind back to being a teenager, there’s every likelihood that you’ll find yourself cast back to a similar moment in your own life.

There is some attempt to structure the film around political events (Charlie Hebdo, the Bataclan and the election between Marine LePen and Emmanuel Macron are all seen), but only the election draws much from either Anaïs or Emma and because Lifshitz isn’t engaging from behind the camera, what discussion there is ends up brief and surface level. This gets to the larger problem with the film. After the first act, we’ve already been through most of the types of scene we’ll see, and much of the last 100 or so minutes of the film feels repetitious. Yes, events intervene, especially in Anaïs’ life, but again, because the director doesn’t discuss anything with his subjects and, left to their own devices, they’re not expressing much in our direction, the insight feels lacking.

There are powerful moments in the second half of the film, many of them centering on Anaïs’ relationship with her sickly mother, but equally there is so  much we hear about (notably six weeks in which Anaïs had to take care of her younger siblings after her mother had a breakdown), which promise to be much more compelling and insightful than yet another scene of Emma being stroppy with her mother over homework. Looking at this film next to the great documentary about teenagers coming of age - Hoop Dreams - Adolescents’ flaws become crystal clear. While Hoop Dreams managed to explore its protagonists lives while also crystallising issues of class and family, this film always feels hazy. It has the ambition to delve into those same themes, but by stepping back so much it never makes them a strong throughline.

The film’s final scenes raise one last issue. For the second half of the film, we have never seen Anaïs and Emma interact. This makes sense; they move in different groups, they have different ambitions, people grow apart. The last moments see them together, seemingly as warm and close as ever. Is this their first meeting for years or have they remained friends off camera? We never know, because when they aren’t together they never mention each other and here that is never clarified, either by the film or by them. This raises the spectre of a much more contrived narrative than Lifshitz seems to want to suggest he’s constructing here, and for me that undermines the film even further.

I can see, and would likely love, the film Adolescents wants to be, but for me the collection of footage never coalesced into anything as thoughtful or insightful as its ambitions.
★★